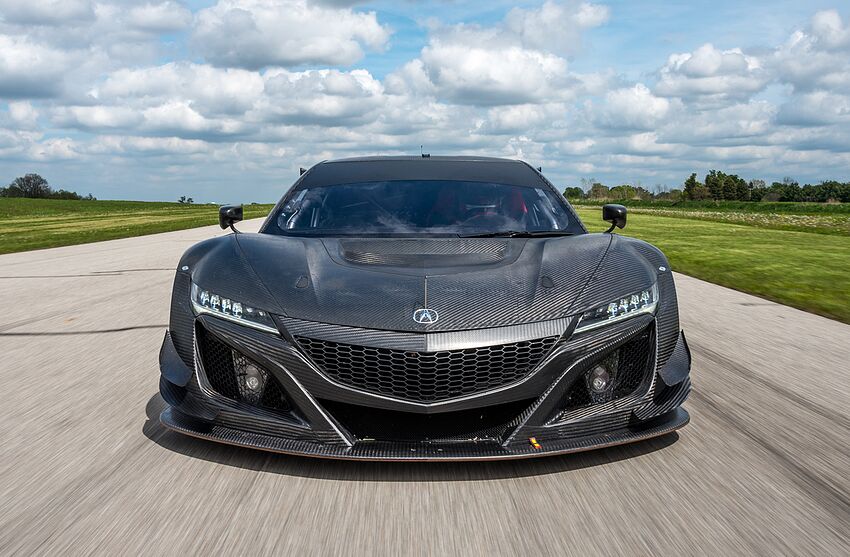 The hardcore Acura NSX GT3 race car will be made available to customer racing teams around the world. Starting price is an eye-watering $543,000.

The Honda NSX or the Acura NSX (as marketed in North America) was not an easy fanboy-pleasing package when it was unveiled first. But things changed over the course of time and now Honda has done something which will make those unimpressed enthusiasts erupt with joy. Meet the Acura NSX GT3 race car. Its devoid of the all-wheel drive setup and the complicated hybrid system. Instead, there is an extreme aero package with an enormous rear wing, rear-wheel drive and the hybrid powerplant has been shown the door.

The Acura NSX3 is a race car. A proper track car which has proven itself with 50,000 miles of on-track development and two race wins under its belt. Built to cater to the needs of customer racing teams around the world, the Acura NSX GT3 is eligible to compete in over two dozen FIA-approved racing series around the globe.

The underneath the exposed carbon-fiber body of the track-ready Acura NSX GT3 is the production-based 3.5-liter, twin-turbocharged V6 racing engine. A 6-speed, sequential-shift racing gearbox harnesses the engines power and drives it right towards the rear wheels for deployment.

The construction of the chassis and engine will be carried out at the Performance Manufacturing Center facility in Ohio. Thats the same place where the production-spec NSX is being built. Itll then be shipped off to Italy, where JAS Motorsport will undertake the assembly. Sales will be handled by Honda Performance Development in North America, JAS Motorsport in Europe, the Middle East and Asia and MUGEN in Japan.

Now all of that sounds like good news to customer racing teams. But how about a production-version of this bad boy, Honda? There will be many takers for a hardcore and less-complicated version of the Acura NSX. The racing connection will also help in generating more sales than the hybrid NSX can manage.

To view links or images in signatures your post count must be 10 or greater. You currently have 0 posts.